About six months ago, I did a presentation that talks about how to conduct reliable benchmarking in Go. Recently, I submitted an issue #41641 to the Go project, which is also a subtle problem that you might need to address in some cases.

The issue is all about the following code snippet:

To learn more reason behind it, let’s modify the benchmark a little bit:

This time, we use a loop of variable k to increase the number of atomic operations in the bench loop, that is:

One can produce similar result as follows:

Why? There are two ways to trace the problem down to the bare bones.

As a standard procedure, let’s benchmark the code that interrupts the timer and analysis profiling result using go tool pprof:

Sadly, the graph shows a chunk of useless information where most of the costs shows as runtime.ReadMemStats: 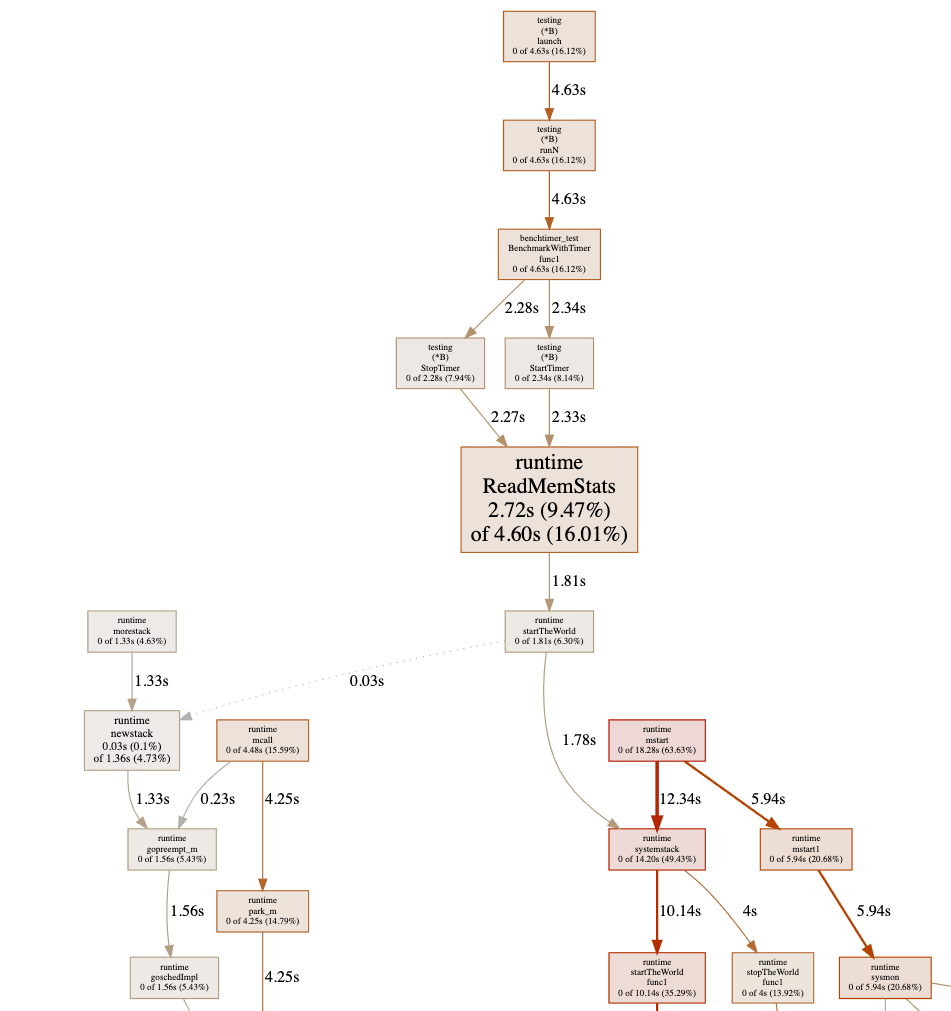 This is because of the StopTimer/StartTimer implementation in the testing package calls runtime.ReadMemStats:

Since we do not care about memory allocation at the moment, to avoid this issue, one could just hacking the source code by comment out the call to runtime.ReadMemStats:

If we re-run the test again, the pprof shows us: 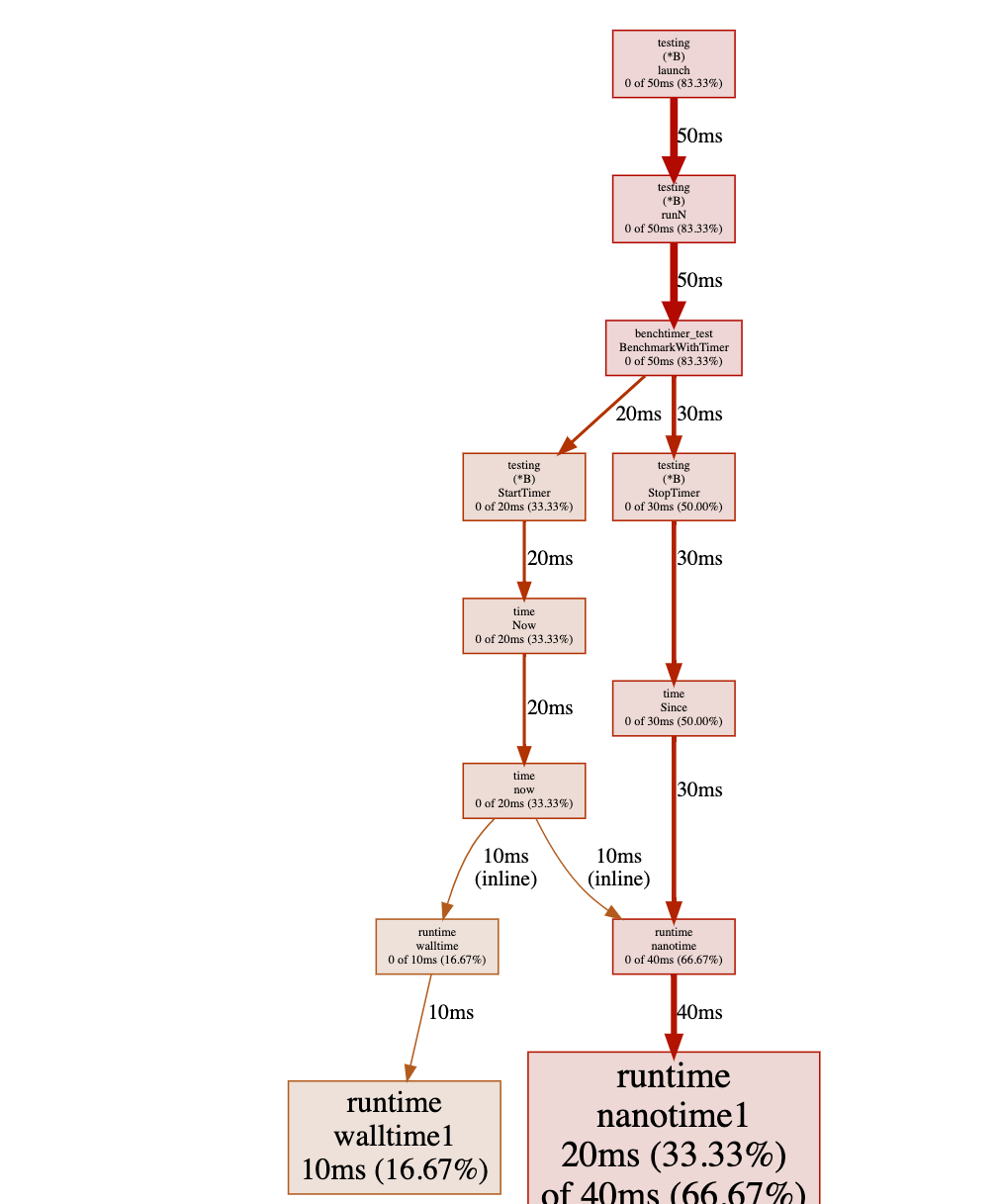 Have you noticed where the problem is? Obviously, there is a heavy cost while calling time.Now() in a tight loop (not really surprising because it is a system call).

As we discussed in the previous section, the Go’s pprof facility has its own problem while executing a benchmark, one can only edit the source code of Go to verify the source of the measurement error. You might want ask: Can we do something better than that? The answer is yes.

Let’s write the initial benchmark in C++. This time, we go straightforward to the issue of calling now():

In this code snippet, we are trying to measure the performance of an empty function. Ideally, the output should be 0ns. However, there is still a cost in calling the empty function:

Furthermore, we could also simplify the code to the subtraction of two now() calls:

and you will see that the output remains end in the cost of avg since: 16ns. This proves that there is an overhead of calling now() for benchmarking.

Thus, in terms of benchmarking, the actual measured time of a target code equals to the execution time of the target code plus the overhead of calling now(), as showed in the figure below.

Back to the original question, how can we avoid the measurement error? A quick and dirty solution is subtract the now()’s overhead:

And in Go, you could do something like this:

As a take-away message, if you are writing a micro-benchmark (whose runs in nanoseconds), and you must interrupt the timer to clean up and reset some resources for some reason, then you must do a calibration on the measurement.

If the Go’s benchmark facility addresses the issue internally, then it is great; but if they don’t, at least you are aware of this issue and know how to fix it now.